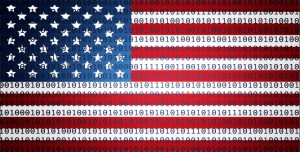 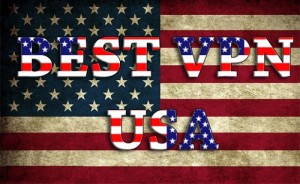 With the recent internet privacy outburst in the US congress, more and more internet privacy advocates and internet users in general have been seeking a decent VPN service in order to take the protection of their privacy into their own hands. The demand on VPNs has risen greatly since the incident. Since there are countless names in the VPN market, some users are still confused as to which service is more suitable for them. For this reason we did our research and filtered out the 3 best VPNs for the US. This ranking was according to 4 major focus points; firstly was the level of security (encryption protocols), secondly was the logs policy, and thirdly was the network of servers. Last but not least, we focused on the additional features.

Best VPNs for the US

ExpressVPN has always been the leading name in the VPN market due to its numerous reliability features when it comes to security and privacy. It has proved itself being one of the highly demanded VPNs in the US. Here is why.

First of all, all their servers are SSL secured with a 256-bit AES encryption to prevent any information related to the users to fall into the wrong hands. In addition to that, the protocols used in their app are of the most advanced protocols available (OpenVPN, L2TP/IPSec, PPTP and SSTP).

Express VPN are very open and transparent about their logs policy, yet very strict. In other words, they inform you about which information they keep, which are extremely minor, just for the maintenance of your account. None of this information is able to give away your identity or even your internet activity.

ExpressVPN have a countless number of servers in 145 locations (cities) spread strategically across 94 countries around the world. This includes 9 locations in the US alone. This has 3 main advantages; firstly giving its users the ability to bypass any geo-restrictions. Secondly, a well dispersed server network enhances internet connection speeds when users are always able to find a close enough server to them plus all servers being at a relatively close distance to each other. Last but not least, the more the servers the more availability of shared IP’s to shadow your true online identity within plus the ability to request a dedicated IP.

ExpressVPN is definitely a very suitable solution for the internet privacy crisis in the US. It is highly recommended by numerous sources as one of the best VPNs for the US. 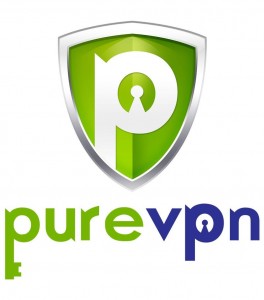 For quite a while now, PureVPN has been a very competitive name in the market of VPNs for the US. Their dedication to our rights in online privacy is what drove them to rank this high in many comparisons when it came to VPN brands. Let’s take a closer look.

PureVPN uses the highest level of encryption (military grade 256-bit encryption) to strongly protect its users’ information. They use the most advanced protocols (OpenVPN, L2TP/IPSec, PPTP, SSTP, and IKEv2). It doesn’t get more secure than this.

PureVPN do not keep any logs of your online activities. They only keep very basic contact details to be able to maintain your account and their level of service quality. Any other information regarding your internet usage is not recorded to give you complete privacy while browsing the internet or performing any other online activity.

Their network of servers consists of over 750 servers spread across 180 locations in 141 countries around the world. This is pretty impressive and it means a strong ability to bypass geo-restrictions, the ability to provide users with over 88,000 shared IP’s and the ability to maintain high connection speeds.

When it comes to competitions between VPNs, PureVPN has definitely won a reputable place almost every time. Since the beginning of the US internet privacy crisis, this provider emerged as one of the best VPNs for the US.

Even though Ivacy VPN is not as big a name as its large competitors in the market, yet when it came to the internet privacy crisis, it definitely won its place in the challenge and showed so much potential due to many reasons and security features. This is why it was a highly considerable option between VPNs for the US. When we looked closer at the main focus features we found out why.

The encryption level used is of the highest level of security available (256-bit encryption) to ensure total protection against any unwanted access to the users’ information or activity logs. The protocols provided in their app is the most advanced in the market (OpenVPN, L2TP/IPSec, PPTP, SSTP, and IKEv2). It’s actually surprising how much security-oriented they are. This level of security is actually one of the main reasons that Ivacy VPN ranked as one of the best VPNs for the US.

They have a very strict no logs policy and they clearly state it in their privacy policy. They also state that the only information they do keep is the users’ email addresses just for the sake of maintaining their accounts. Even the email address is erased from the database once the user has been inactive for 12 months. In other words, no online activity logs or any information that could give away your online identity is kept.

Even though their network of servers is not as big as its main competitors of best VPNs for the US, yet it is big enough to get the job done perfectly. They have over 200 servers spread across 100 locations worldwide. This is enough to bypass any geo-restrictions and provide its users with a high number of shared IP’s and maintain decent connection speeds.

Ivacy VPN has surely impressed us in every aspect and has surely proved itself to be a worthy competitor when it comes to VPNs for the US.

The people in the US were worried that their internet privacy, which is the least of their rights, was being compromised. However, thanks to VPN service providers, the US government was not able to bring the people down. After knowing this list of the best VPNs for the US, the process of choosing the most suitable VPN for you should be easier.