Normally VPNs are somehow simple to install, as long as you the information is entered where it is needed to be, all things commonly goes without an obstacle. Nevertheless like most things in computing occasionally it wouldn’t work. It happens with all of us that it just won’t work even though everything is appropriately configured after a lot of time spent attempting to fix a problem. 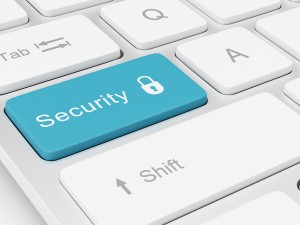 There are major three problems that face us while trying to connect to a server those connecting issues happens for many reasons whether the server is down or the router is preventing a particular protocol.

Next are the solutions for the most popular problems that face VPN:

1-      VPN issues no.1: Not being able to establish any Connection and server is up:

The router could be not configured appropriately to play gently with VPNs or it could be the software or router firewalls are preventing any sort of connection the VPN program is attempting to make. A different reason is that router or some ISPs maybe preventing certain protocols, in this case you should check other protocols until you find the one working.

When there is no response to the server while you are trying to connect to a server, it means that one of the servers has become offline for any reason, then you have to check other servers and check if they work, if you failed to connect to any server you have to submit a support ticket.

The speed receives depends on some factors, fundamentally the distance from the server you are attempting to connect to and the maximum speed the ISP allows. The closer the server is the faster the speed may be. It deserves taking the time and checking all of the servers to know which one gives the best speeds. You have to know that different protocols have diverse over heads because of the different levels of authentication and encryption used in it.

4-      VPN issues no.4: Data are blocked or refuses transmission while the connection is set:

When you are connected but you can’t seem to get a connection somehow. The most popular reason for this is that you are connected to the same server simultaneously with another computer. You also need to check firewall settings to be sure they aren’t preventing the VPN. Usually adding the VPN client to the exceptions list of the firewall should be enough. A different solution if the previous one doesn’t work is to run the program as administrator.

« TextSecure app Review All you Need to Know from A-Z!
VPN not connecting on iPad »