Best VPN for China to Defeat The Great Firewall

Whereas VPN in different countries around the world is used by netizens who mostly care about their online privacy and security, netizens use VPN for China to get to access the most prominent websites, services, applications and social media platforms. Some of the examples of websites and applications which are blocked in China include Facebook, Twitter, Instagram, Gmail, Google Docs, Google Maps, Picasa, YouTube, WhatsApp and Dropbox. 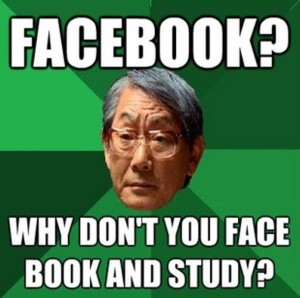 And even though China has developed its own alternates of these websites, problem still persists as internet surveillance in China is not only limited to refraining Internet users from accessing certain websites; it also monitors what Chinese users post online, particularly on websites owned by Chinese companies.

In 2013, the non-profit investigative journalism newsroom ProPublica published 527 images that were posted by users and then deleted by monitors at Weibo, China’s Twitter alternate. ProPublica also discovered that the lives of those users or their families were in some cases in danger because of the images they had posted.

How Does the Great Firewall Work?

GFW scans the URL, the IP address location and the content of the webpage each time an internet user in China attempts to reach a certain website. As mentioned above, the simplest and certainly the most secure convention to bypass GFW is using an optimized VPN for China.

It has never been stated that using VPN for China is illegal; however some actions have been taken to block VPN. China has already blocked websites of most popular VPN service providers.

The Great Firewall blocks the IPs of VPN servers. It also uses deep packet inspection (DPI) to recognize VPN protocols in its network and interrupt VPN connections. DPI can also examine more specific data like keywords. If someone is trying to search for something that is not welcomed by the Chinese government the GFW can block the connection.

Although OpenVPN is the most promoted VPN protocol, it is the least likely to work in China. Adjusting VPN protocols to get around VPN blocking is the main key for any VPN to work in China. That is what b.VPN has resorted to with its customized UDP tunnel; SMOKE in-built b.VPN OpenVPN client software for Windows and Mac OS.

A VPN server near China

A VPN server in Japan or Singapore would work best. Second best location would be the Western Coast of United States (San Francisco or LA). Make sure when choosing VPN for China that it has servers based in at least one of the mentioned locations.

Even if the VPN provider has an OpenVPN client that works in China, it should provide a backup in case OpenVPN stops working for any reason. L2TP is known to be the only working VPN protocol in China hassle free, it’s also the fastest and most secure substitute. L2TP/IPsec is supported by most operating systems unlike its peers SSTP and PPTP.

Not only because static IP address is vulnerable, security wise but also because it can easily be blocked by the Great Firewall. We recommend sticking to dynamic IP scheme where each time you connect to VPN server you get a new IP address it would extremely difficult for any filtering system to block all the IP addresses owned by the VPN provider.