Browse: Home / Chongqing Authorities to Punish Those Evading the Great Firewall – Here’s How to Hide VPN Connection in China

We all know that using VPN is a daily necessity for netizens in China. With nearly 40% of the World Wide Web content blocked including the top ranking websites such as Google, Facebook, YouTube, Wikipedia and Twitter and heavily censored domestic websites, Mainlanders have no choice but to use VPN in order to be able to access the global internet and avoid being monitored by the authorities.

But with the new regulations issued by Chongqing’s public security bureau, any individual or organization attempts to establish connection to international network will be obligated to disconnect from the internet. As per those who make profit out of establishing connection the international networks, they will be fined an amount up to 15,000 Yuan in addition to their profits being seized.

Earlier this year, specifically in January, the Ministry of Industry and Information Technology has launched a 14-month interstate battle against unapproved internet connections, including VPN. VPN service providers need prior government consent in order to operate. The latest Great Firewall update has installed little boxes called DPI (Deep Packet Inspection). This technique detects VPN connection and deliberately throttles it. Basically, very few VPN providers work in China and now with the new regulations, VPN users in China are in danger. So, what is the solution?

b.VPN is a fairly new VPN provider. However, it was one of very few providers that saw the problem coming. In 2015, they added obfuscated SSH (Secure Shell) tunnel to their OpenVPN client one-click applications for Windows, Mac and Android.

Read more on the subject HERE 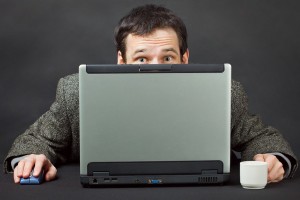 SSH tunnel uses strong encryption to make OpenVPN connection unrecognizable to the Great Firewall of China. Think of it as an extra wrap or layer of encryption. Although it is possible to setup OpenVPN over SSH on you device manually, the process is so complicated with endless steps that are impossible for novice users to be able to follow accurately. b.VPN gives the user this option in a single click on Windows, Mac and Android.

OpenVPN over SSH tunnel is still a reliable solution to make VPN connection indistinguishable to the Great Firewall for Unicom ISP in China. However, for some reason it doesn’t work with other ISPs.

That is why in late 2016, b.VPN introduced its custom obfuscated tunneling protocol SMOKE which just as SSH works an extra layer of encryption but with many more functions. SMOKE sends disguise packets to hide establishing tunnel connection mechanism. Additionally, It adds traffic obfuscation to o it can’t be recognized by DPI firewall.

SMOKE uses UDP style which is much speedier than TCP. Yet it is still able to verify packet delivery both ends by keeping data backup on each side until they’re sent correctly. By doing so, it defies data corruption technique, and actually can detect throttle and adapt to it breaking the tunnel. And thanks to HOP function, it leaps between IPs and Ports dynamically without disconnections. So even if a certain IP address or port got blocked by the firewall, it wouldn’t be an issue.

In the world we live today, protecting your online privacy is not an easy task. Not only in China but in other countries such as Iran and Russia very strict censorship techniques are being implemented. Even where it is supposed to be the “free world” or the so called first world nations, internet providers collect your online activity data and exploit them. VPN is no longer a tool to access banned websites; rather it became a necessity to protect yourself against endless dangers. However, old orthodox VPN methods are not reliable anymore in many parts of the world, especially China, and using obfuscated VPN tunnels has gained a whole new level of importance.