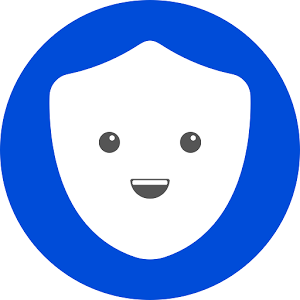 Rated as #1 on Google Play and App Stores, Betternet VPN is a free Canadian-based VPN service that takes pride in serving over 38 million internet users. With only a handful of servers that are spread across 10 countries around the world, 60% of Betternet’s clients are located outside the US. Accordingly, we have decided to test their free VPN service and write our review. Scroll down for more details.

Betternet is fully compatible with several platforms, such as: Windows (7, 8, 10), Mac, iOS, Android, Chrome & Firefox. This means that it can be run on PCs, laptops, mobile phones and tablets. 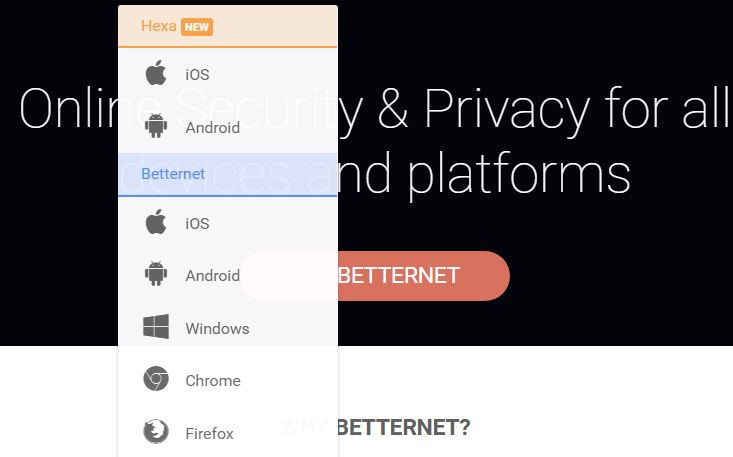 Betternet VPN relies mainly on OpenVPN AES 256 encryption which is considered to be the best encryption protocol to allow users surf the internet with optimal security and anonymity. They also support 128 bit AES-CBC for IPSec. We find them lacking in this area as they could also include other encryption protocols, such as: PPTP, L2TP or SSL and SSH.

Betternet free VPN service requires no signing-up or following lengthy registration procedures. All we had to do is to download Betternet client on our Windows system for testing. Here is a feedback on our experience with Betternet free VPN client for Windows:

– The installation process was fast and hassle-free. The client is very light and did not consume much space.

– The client interface is very basic and simple. 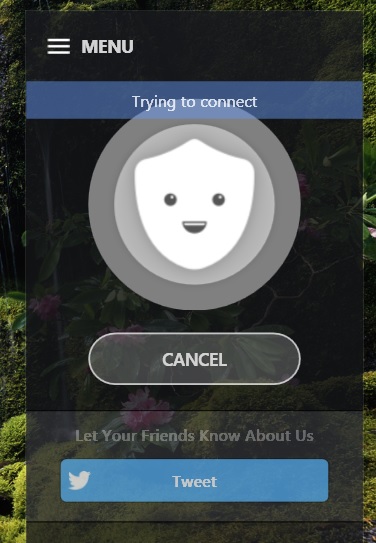 – All that needs to be done is click on “Connect”

– Betternet automatically selects the best server for your location, we were connected to “Switzerland” server. 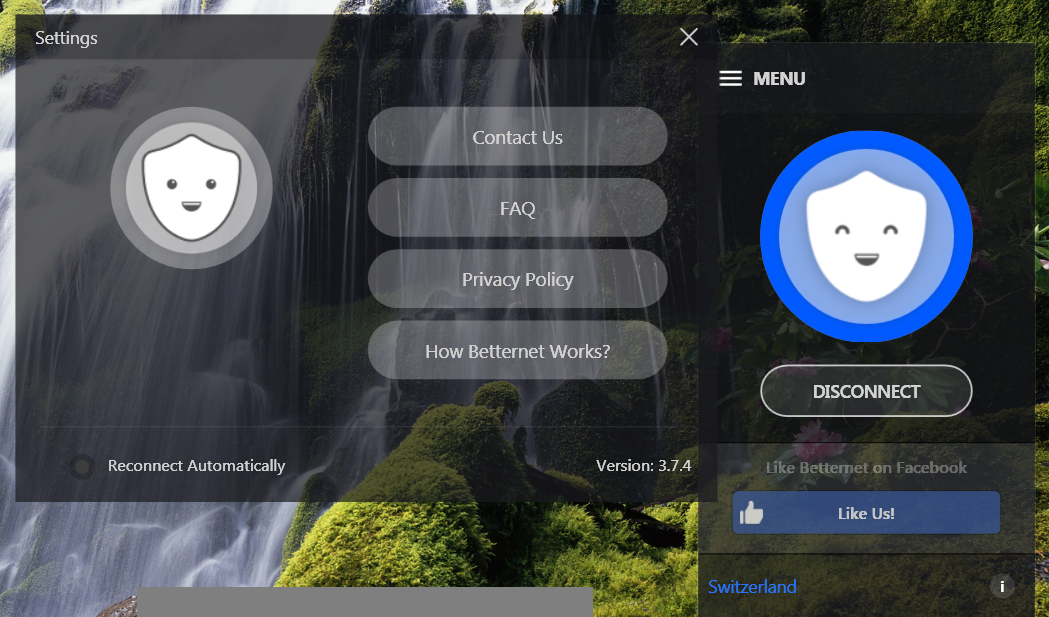 – At first the speed was very fast, but then it dropped significantly and froze our Chrome browser and tampered with our internet connection that we had to uninstall the application to get our internet working again.

In this section, we will explore the different features offered by Betternet VPN softwares for free and premium subscribers.

Betternet VPN may have a short list of countries (10 countries), but the list is packed with important and popular server locations, including: USA, UK, AUSTRALIA, HONG KONG, CANADA, JAPAN, SINGAPORE, FRANCE, GERMANY, etc. Only premium subscribers have the option to select any server from that list. Meanwhile, free users, Betternet VPN chooses the best server to your location. We were given “Switzerland”.

As for bandwidth and speed, Betternet VPN provides unlimited bandwidth to paid and free subscribers.

One of the very good features of Betternet VPN is that it permits P2P sharing to premium and free users. However, as we have previously explained that Betternet complies with Canada’s internet laws and they strictly say this on their website:

“If we ever receive a DMCA takedown notice or valid court orders, we fully comply with the notices without disrupting or jeopardizing any clients privacy. As mentioned earlier, we don’t save any logs, IPs, ports, user information or timestamps. Hence, in order to satisfy legal requirements from bandwidth providers we do not disclose any user data to the authorities. So far we have not received any valid court order that has required us to provide something we do not have.” 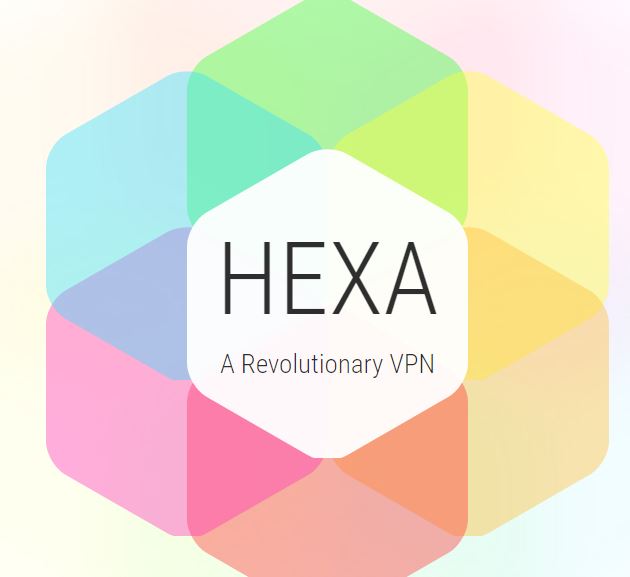 Betternet boasts about its Hexa service for mobile devices. Hexa VPN supposedly operates by using high-level encryption protocols (Hexa protocol) that makes their VPN extra secure. Further, Hexa VPN users can get to test Betternet’s newest features exclusively before they are released on the website. In addition to security and exclusive features, Hexa VPN is supposedly “blockproof” as advertised on their website:

“The other VPN protocols are not difficult to be blocked in different countries. Blocking Hexa protocol is not as easy as other traditional protocols. Hexa Team is trying to improve Hexa as a protocol which is immune to blocking.” 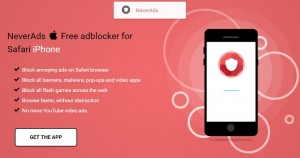 Betternet is mainly a free VPN service, but it has recently started offering paid-subscription VPN services (Betternet Premium) alongside its free model for cheap prices.

Users can subscribe to Betternet VPN premium services through two ways only: Google Play Store or App Store. In this way, Betternet would not be able to store payment details of any of its users which make it a safe transaction.

Moreover, Betternet premium subscription is auto-renewed through any of the two payment methods mentioned above. Users can also cancel the subscription at any time.

Betternet’s privacy policy is worth a thorough reading and explanation. First of all, Betternet VPN does not keep traffic logs nor does it share any personal information with third parties. However, Betternet keeps metadata (information about your VPN connection, bandwidth, your activities on their websites). Being a Canadian VPN service means that it complies with the Canadian government’s internet regulations that obligates internet services to disclose its consumers’ personal data as well as recorded web activities to intelligence agencies upon request.

Secondly, Betternet makes money by sponsoring third party services in the form of ads on their free apps. This means that even though Betternet VPN does not keep logs or share personal information of its users, some of those third party ads may collect personal data and browsing activities of their free subscribers.

Thirdly, Betternet clearly states on its terms of service section that it has the right to prevent any access to its services, make changes or maintenance at any time without giving out notice to its subscribers. They also hold the right to terminate any premium subscription if it violates its agreement policy.

Live chat is not available on Betternet, but their ticket system is very well-organised as it is divided into different categories depending on the nature of your question. They also have a copious F.A.Q section and a blog that contain detailed information about the VPN service. We tested their ticket system and haven’t received a reply yet.

Betternet is impressive in terms of pricing and basic performance. However, Betternet is a an average VPN service provider that can be used on the go if you are travelling to access restricted websites and stream media services. We were not impressed with the performance of their free VPN Windows client due to the hassle it caused us. Furthermore, we highly recommend reading their privacy policy and service terms sections before deciding to subscribe to their premium services. We would suggest implementing a 24/7 live support as well.