How to use VPN on Android phone

Browse: Home / How to use VPN on Android phone

It’s not easy to know which VPN is the most appropriate one for your Android phone! And after googling you will find many ways to know how to use VPN on Android phone either via VPN apps or manually using different protocols such as “L2TP, OpenVPN, PPTP, etc.”

So, we are concerned to provide the shortest way to answer the common question how to use VPN on Android phone? in detail manually and via the best VPN’ applications. 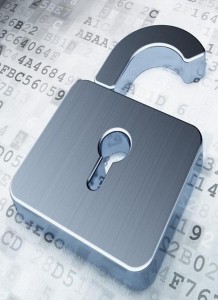 First thing before answering how to use VPN on Android phone, what is VPN?

VPN or “virtual private network” consists of a group of networks networked together over the internet, these networks are discrete. VPNs can be used in many fields; for example, businesses use VPN to connect remotely with data centers. Some of people need VPN for encrypting their communications when they have a trouble opening streaming websites due to GEO-blocking or any other restricted websites and programs.

Why you need a VPN on your device?

Well, we categorize benefits of VPN in some important dots. As we mentioned above, VPN itself is just a method to access networks you are not able to connect and secure this established connection. Users of VPN are various. We will discuss them briefly in the separate categories below:

Students and workers: each one of them have to do something assigned by their school or company to access specific resources. So, they provide them with a free VPN so that they can finish their responsibilities perfectly, they also keeps their connection away from any spying tries.

Downloaders: here we mean specially the torrent downloaders, whom face a hacking tries on their devices during using torrenting apps like BitTorrent. So, they need a good solution like VPN to keep them safe when using something like uTorrent.

The privacy minded: This kind of people are concerned with keeping their communications encrypted away from the snooping eyes.

The voyagers: This group wants to watch the Olympics live as they happen without any restrictions due to Geo-blocking. They hope to watch their favorite TV shows in the streaming websites like Netflix and Hulu freely.

There is a mix between these above categories.

Now we will start explaining how to use VPN on Android phone.

How to use VPN on Android phone using VPN applications?

The best VPN must have 4 important features server locations, connectivity, protocols provided by it, and price.

You must choose carefully, you can see the best VPN reviews.

As for protocols you will find many kinds like SSL/ TLS (sometimes referred to OpenVPN support), PPTP, L2TP/IPSec. It differs according the degree of encryption from one to one.

Many people have concerns of how to use VPN on Android phone without programs manually making changes in the protocols the VPN provides.

You can know how to use VPN on Android phone without need to programs via L2TP protocol in the following simple steps.

How to use VPN on Android phone without programs?

First thing you can subscribe to one of best VPN providers from the following link:

Note: you will need to activate your L2TP account and see the list of available L2TP servers. So, login to your profile on iwasel.net to make this done.

Press “Menu” button on your device, tap on “Settings”.

When VPN is connected, the message should appear at the top bar.

To check if your IP is changed successfully open the browser and go to iwasel.net. Also notice the key icon on the top panel.

Now you have successfully connected to VPN without programs.

There are other choices like using OpenVPN over SSH, you can find this feature in a few VPN providers like bvpn and wasel pro. This feature will be good for whom wants a very high encrypted connection.

« Android VPN Set up – All you Need to Know!
VPN For Android Common Issues, Problems and Fixes »