Before talking about NETGEAR VPN passthrough problem and how to solve it, let’s talk more about a VPN, VPN passthrough, and in which way you can use. 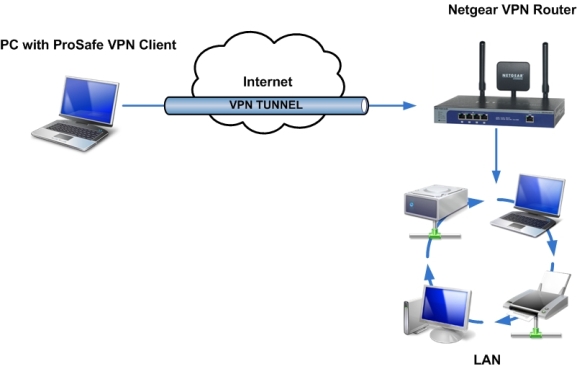 A Virtual private network (VPN) is a good way to connect two networks through the Internet. It gives more security for the connections between the networks either private networks or linked networks on the Internet in addition to allow remote computers to be connected in the same secure network. You can connect to your company’s computer from home via a VPN client.

You may need to connect between a home network and one in a business. It needs a specific software or device at both of the endpoints. From here you will need to know more about the concept of “VPN passthrough”.

If there is no NETGEAR VPN passthrough problem in your router, you need software or other equipment beside it.

If your equipment supports NAT-T (NAT Traversal), turn it on.

Contact your network administrator to know more about what you need to configure your VPN software. (Common software is Cisco NAT-T and NETGEAR ProSafe).

If your company uses L2TP passthrough, register your router’s MAC address with your company’s system administrator.

Upgrade to the latest router firmware.

Enable port forwarding for the VPN:

Note: you must check if the WAN IP is public or private because ports can be opened on Public IP addresses only.

By default the router’s firewall is configured to drop (delete) ICMP packets sent from outside your network to the WAN port. Your VPN may require the ICMP packets. To accept them: